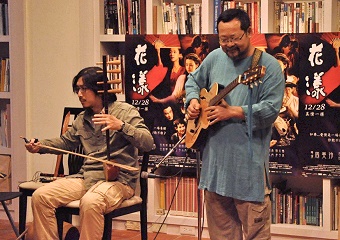 陳老師不但在月琴彈唱文化下足功夫，吉他的南管調弦勢必開起一條全新的道路，讓更多新血可以透過已熟悉的吉他器樂當介面，通過這條捷徑接觸並延續這塊島上最珍貴的音樂財寶，而南管調弦法吉他必然在世界音樂領域中大放異彩。
String instruments have many special characteristics. One is that they are polyphonic, i.e., they can make two or more sounds at once, so producing harmonic chords has always been a major purpose for string instruments. Another is there are many ways to play them; simply between strumming and picking they can produce many different kinds of sound. Because of these advantages, of all the different instruments that have reached a mature stage of development, the majority are string instruments.
But every place has a different natural environment and cultural background, and different musical instruments lead to different types of music and vice versa. This is why through time and space we have such a colorful variety of music.
Chen Mingchang has devoted himself to music for many years. Not only has he composed a large number of Taiwanese songs, but he has also produced quite a few unforgettable movie soundtracks, such as Dust in the Wind and The Puppetmaster. The unique character of his music makes his movie soundtracks a natural target for analysis. Over the past few decades, when it comes to guitar music, one can get a rough idea of Chen Mingchang’s ideas and their application from his film soundtracks. With traditional music as a starting point, his development of his own system of guitar tunings and his use of them in his music has meant that Chen Mingchang has been able to produce guitar sounds that are very distinct. His unique way of approaching Taiwanese traditional music is also a kind of compositional line of thinking that is rooted in instrumental music. This type of instrumentally structured, emotionally intuitive composition method seems to be a major source of Chen Mingchang’s music.
On this occasion, Chen Mingchang’s chief source material in his production of the music for the film Ripples of Desire was Taiwanese nanguan music. Taking into consideration the tension of the soundtrack music and the film’s plot, he has integrated nanguan into the soundtrack and once more created a set of applications of music theory for use in this movie soundtrack.
Most notably, Chen Mingchang analyzed nanguan music and transformed it into a nanguan tuning for the guitar. Simply put, nanguan music has a standard structure based on the five notes of the pentatonic scale, each of which can act as the keynote or tonic for the mode which then is varied according to particular standard melody used. Logically, to obtain a similar listening experience, you would need to tune the open strings of the guitar to notes corresponding with the pentatonic scale. For example, the well known DADGAD tuning would be one such tuning (the notes D, G, and A  have the relationships GD DA1-5, GA1-2, AD1-4), eliminating the standard major-minor tonality and creating a lot of reverb on the D, making DADGAD a common tuning in fingerstyle guitar playing.
Chen Mingchang’s nanguan guitar tuning uses the structure D#FA#D#FA#, with the main concept originating in the tuning of traditional instruments. It is composed of two tunings with identical relationships, changing two pipas into one guitar, evolved out of the concept #4#C#F1-4, #C#G1-5, #C#D1-2. It also eliminates major-minor tonality, and because it has two clusters of high and low notes, it theoretically can create even more a of a reverb effect.
This tuning design, in terms of academic theory, can allow the player to logically and quickly obtain the desired musical characteristics, and in terms of preserving traditional music, I think it is even more meaningful than can be imagined.
In the past two hundred years, nanguan and beiguan music have penetrated deeply into daily life in Taiwan, and for that reason Taiwanese nanguan and beiguan have long had obvious differences from the standard nanguan and beiguan of southern Fujian. The people of Taiwan have lively and varied lifestyles. They transformed Chinese drama into koa-á-hì (gezaixi or Taiwanese opera), they transformed weddings or funerals into carnivals, they added loudspeakers, chhia-kó and now even Latin drumming and the “techno Prince Nezha” to temple festivals. Taiwan’s music is closely connected with its social context. It is rich and diverse, like a maritime treasure.


Chen Mingchang not only has devoted a lot of effort to singing and playing using the yueqin; his nanguan guitar tuning is bound to open up an entirely new road, allowing new blood in through the familiar interface of the guitar, using this shortcut to encounter and pass on this island’s most precious musical treasures. The nanguan guitar tuning is certain to lead to a flowering of talent in the field of world music. 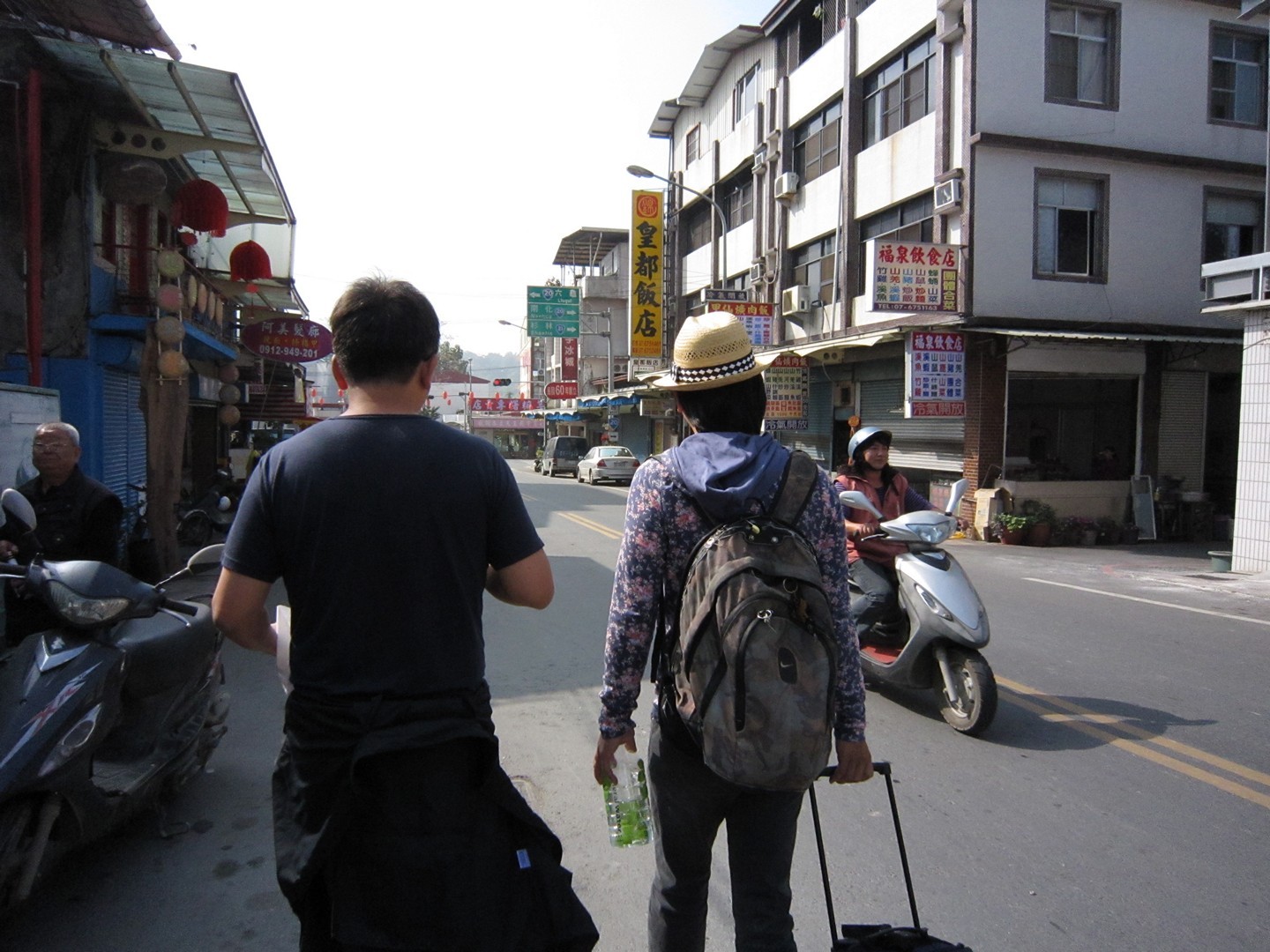 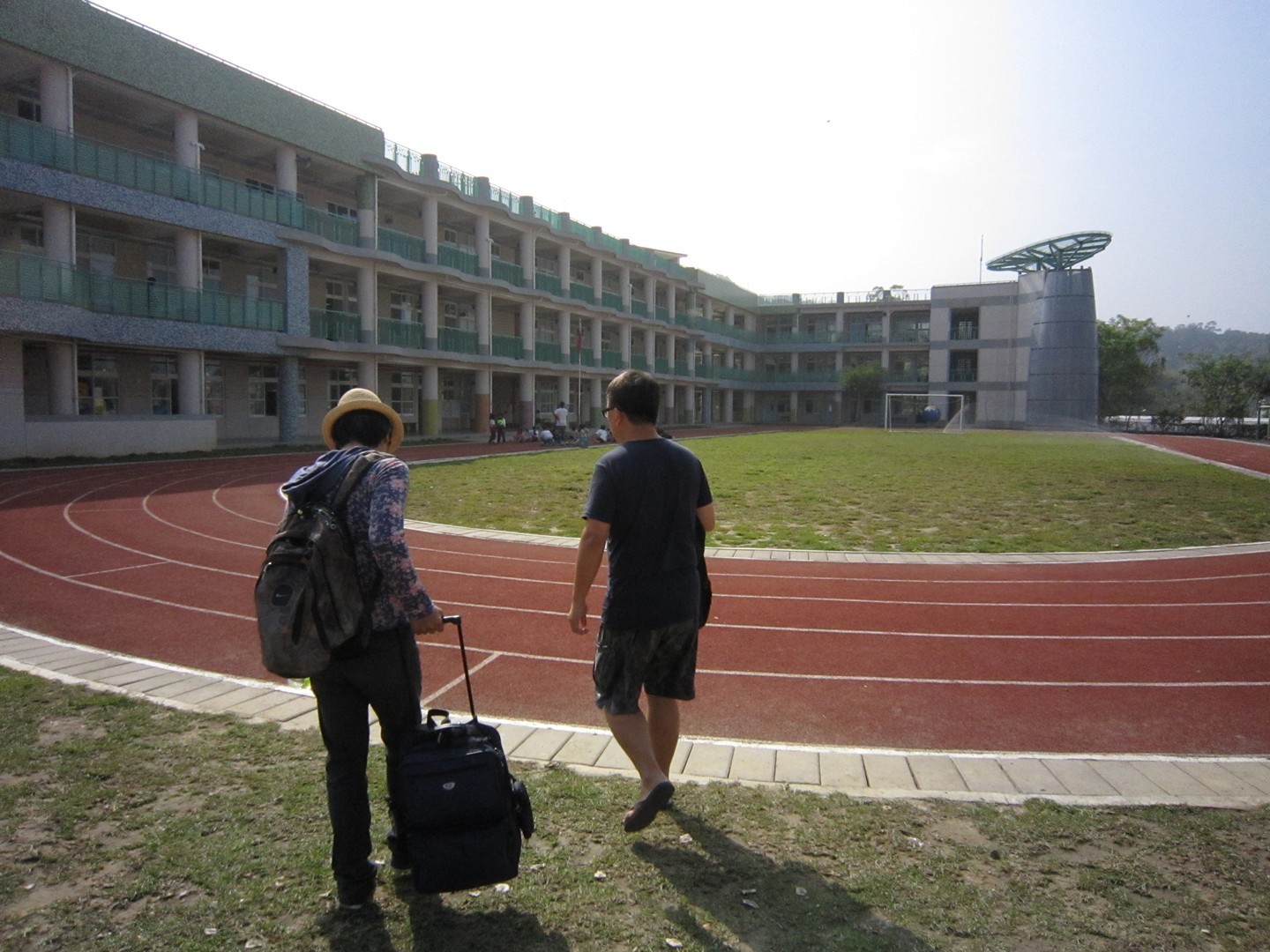 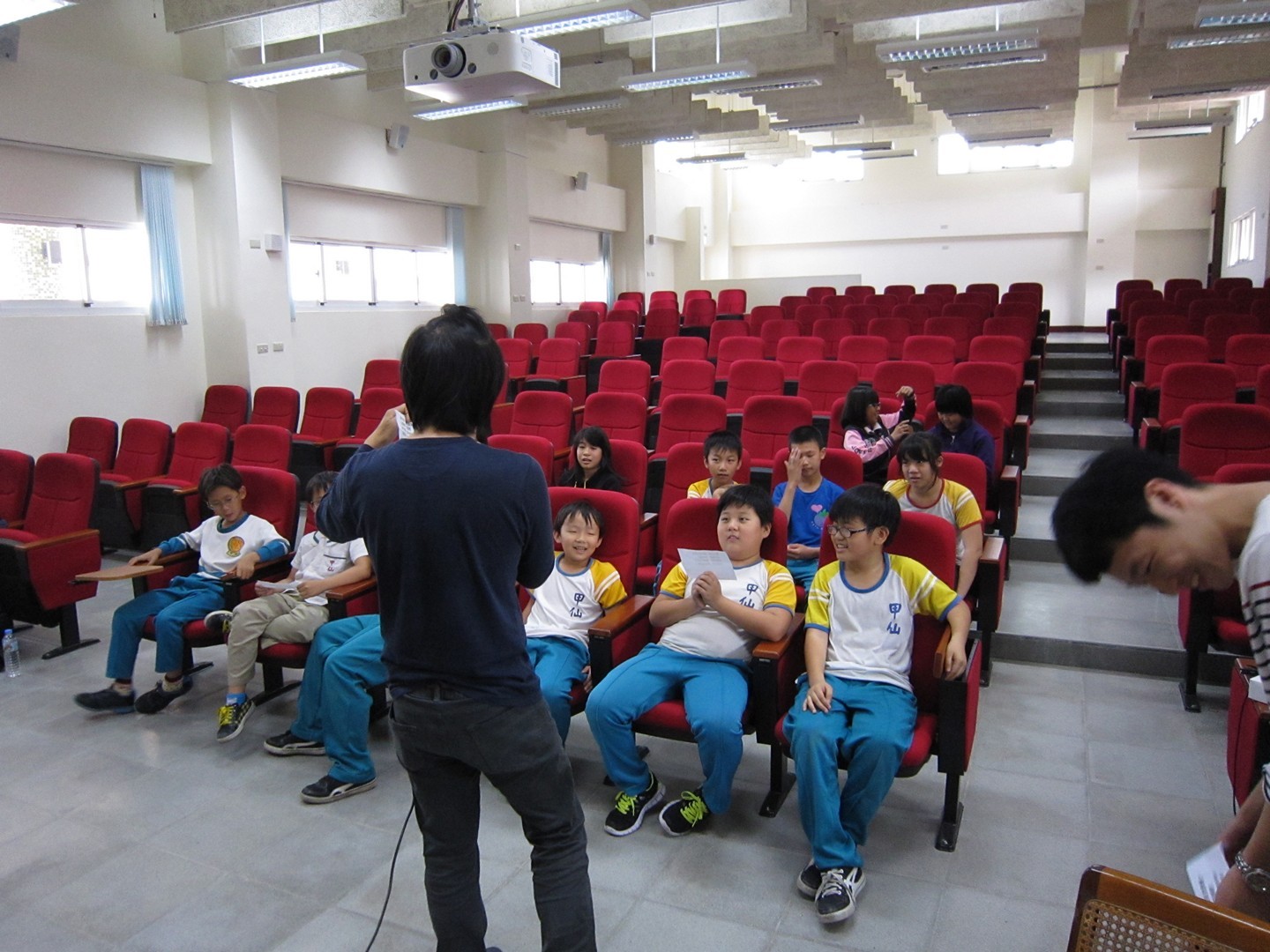 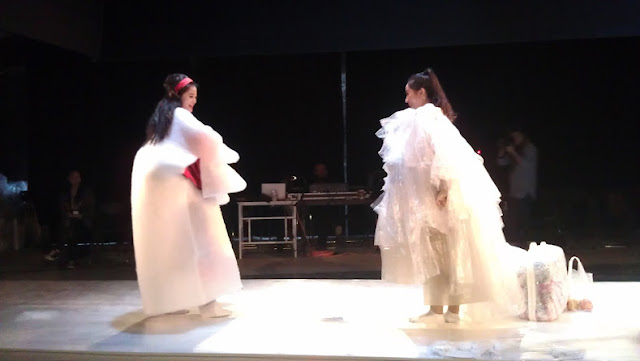 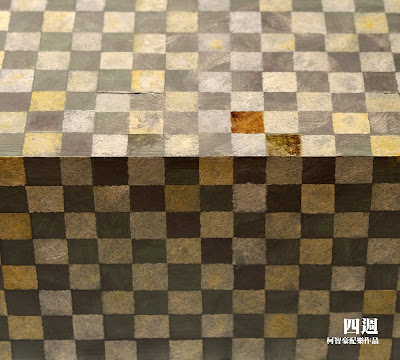 by Joyce Ho and Agi Chen at Gallery. The gallery was filled

dressed in black entered with their instruments. They spaced themselves

evenly throughout the gallery, surrounding the crowd of curious spectators.

And then they started playing… Over the course of the next twenty minutes,

I was transported from the confines of the small, white-walled space to a

surreal world of fluid faces and falling bodies. During the short performance, I

I was developing, “Beautiful Cruelty.”

musical score for the show. His response was an immediate and enthusiastic

yes, the kind of yes that makes you believe that you can scale a tall mountain

or fly an airplane (even if you previously had doubts).

And now, three months later, as I listen to the final score and make finishing

touches to the set and script, I am overwhelmed by a sense of gratitude and

Blaire’s music is a vehicle into one’s subconscious, a doorway into oneself.

And as his composition shifts from desolate longing to playful desire, I find

never explored. His music is both the bones and meat of “Beautiful Cruetly.”

of our generation, and I encourage other directors to use this score as the

starting point for their own creative journeys. 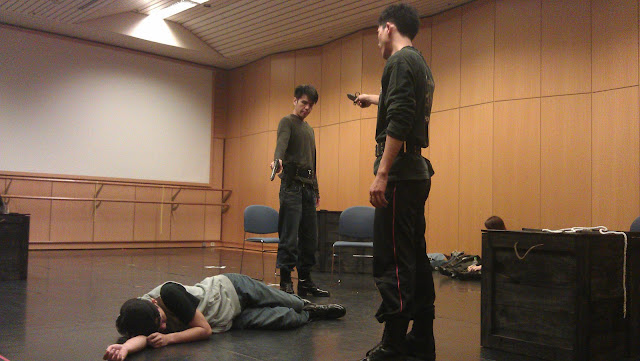 In the work "Light Waves", what we artists do is to "READ" the natural sun lights which are sparkling on the sea, and programming them into data and signals for led lights in an organic way. To bring out the live digital lights from the natural Reference. And also make people experience the sea wave through a digital lighting way.
於 上午3:30